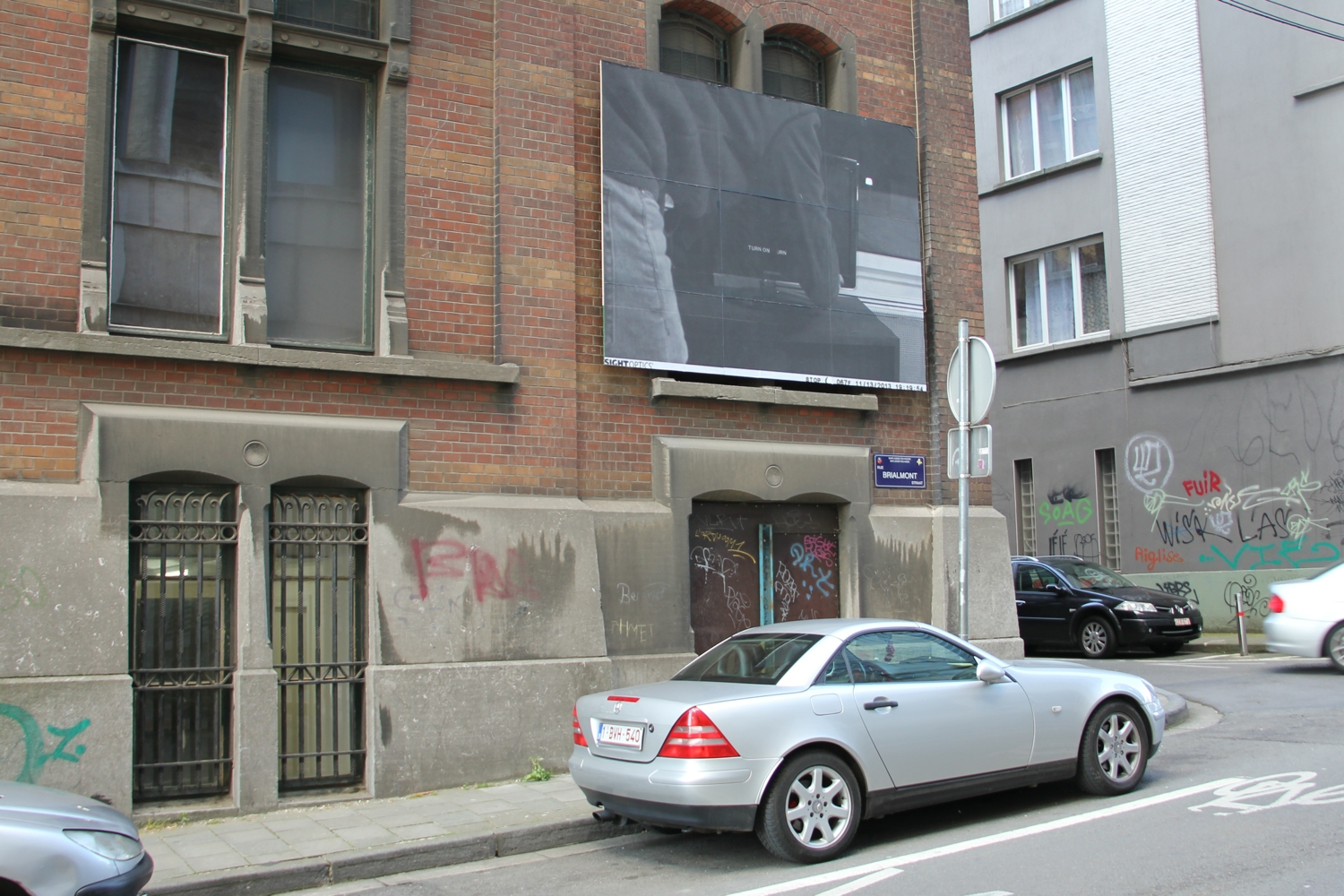 Joséphine Kaeppelin’s art works is initially based on the use of « machines ». These devices are at the same time means of production, co-authors and food for thoughts. By putting forward use and gestures, she focuses the attention on human presence within a production system dominated by technology. Using software or machines in an opposite way or diverting a program purpose can be assimilated to an act of resistance, a way to create a space for free thoughts in a defined system. She bypasses a program in order to show the structure behind the system. She wants to point out the awareness of an action, the will of people using a system and finally a sort of self-realization in a professional activity. Her most recent works have to be considered in relation to a larger scale system: the human society.

For O̶N̶ / OFF, Joséphine Kaeppelin displays works which point out the « STOP » as a mean to produce forms, pictures, thoughts and meanings. In confrontation with the current European industry status and the omnipresence of new technologies and devices, she shows a critical sight on technology use and work practices. She invites visitors to make a “pause” in order to think about the way systems are working.
–
Opening: Wednesday 14 May 18:00
Date: 15/05 till 15/06
Open: Thur – Sun 14:00-18:00
Location: Greylight Projects Brussels, Rue Brialmont 11, Brussels
artist website: www.josephinekaeppelin.com