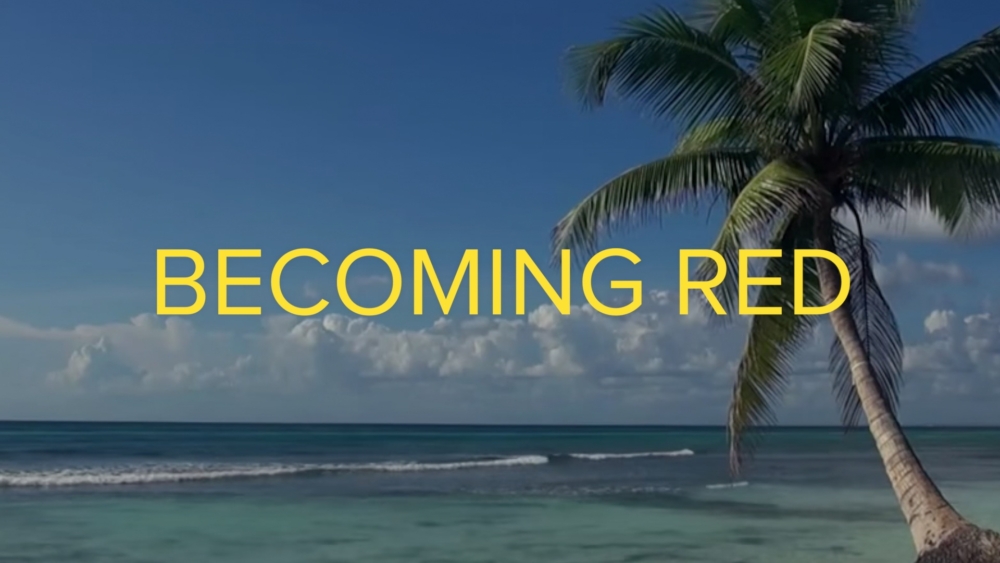 Becoming Red # 2, # 3 and # 4 are the first manifestations of the long-term collaborative exhibition project Becoming Red, initiated by Winke Noppen and Anna Scholiers. Becoming Red is based on an interactive script. The visual artists Iza Tarasewicz, Louis Vanhaverbeke, Sven Dehens and musicians Michael Crabbé and Jo Caimo were invited to react on this script.

The Narrator: “Imagine a body, lying on the beach of a tropical island, dozing off between dream and reality. Palm trees waving elegantly, a flock of jellies drifting in the sea, cocktail polluted by sand, becoming redredred. This body is awaiting a certain interpretation. Being like this, immobility could soon turn into anaesthesia. Sun and sea claim the beach. Shallow breathing, the body remains coy.”
(Initial script of Becoming Red by Anna Scholiers and Winke Noppen)

The selected artists and musicians touch, in their own artistic practice, upon specific aspects that come forth in the script. In dialogue, the artists produce a commissioned work that refers to, deviates from or emphasizes the various elements of the script of Becoming Red. Each work entails a potential direction for the exhibition series and emanates future expressions of the script. Similar to the progressive discoloration of the body on the beach, Becoming Red thus changes over time.On May 16th, Becoming Red presents the script altered by the contributions of the invited artists and musicians. The following characters and elements of this new script are presented in an open set: the Narrator, the Dog Without a Tail and the Picnic Set. The public is invited to witness all the performative manifestations on the set, which are marked by continuity, repetition or singularity. Additionally, Ilse Raps (1988), a Belgian photographer and videographer, explores the conventions of this set and documents the relation between public, performers and set.

The complete revisioned script of Becoming Red #1, #2, #3, #4 is presented in the following video: