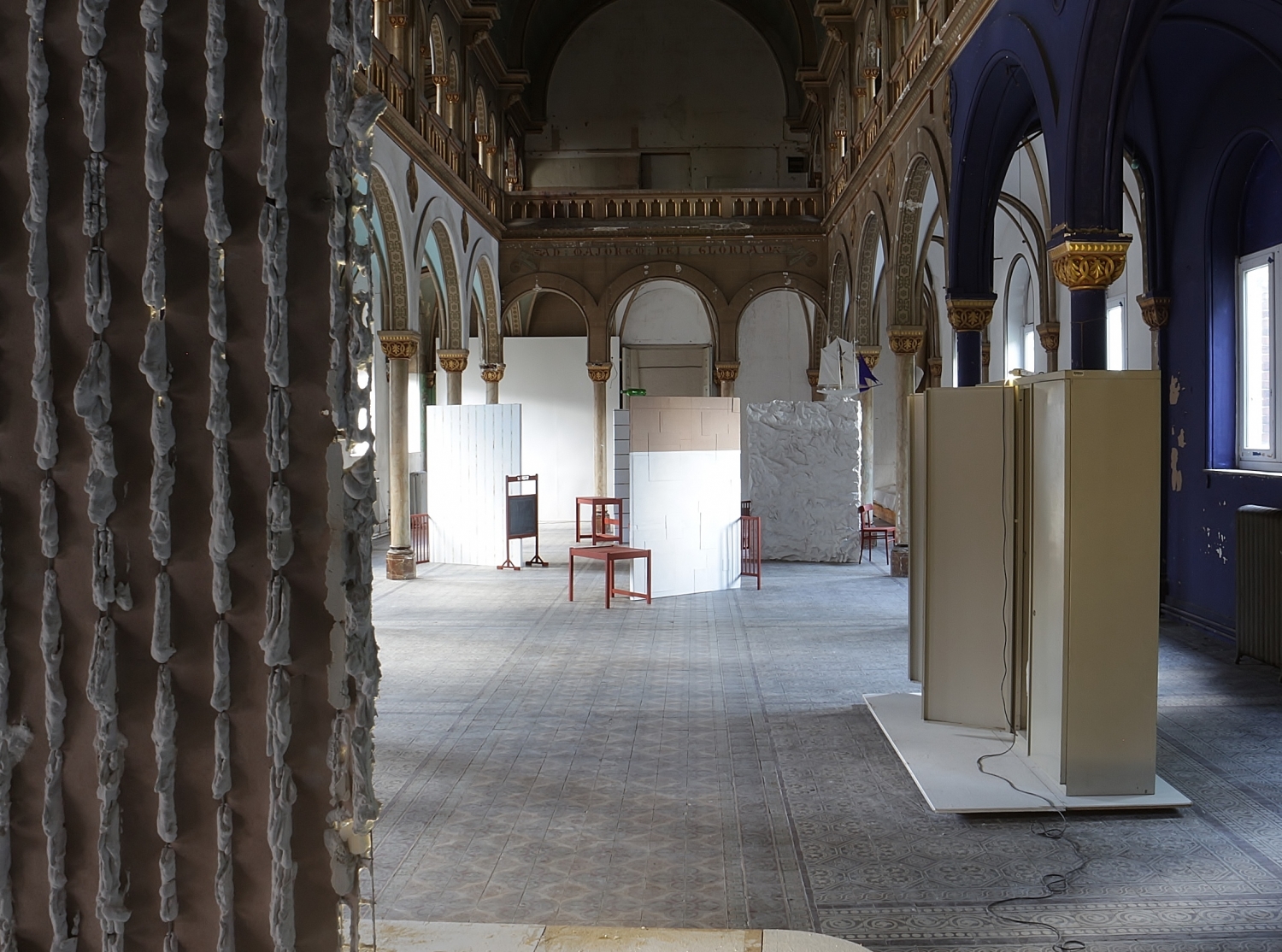 In an exhibition titled “Parallel Placings” , the artists Laurent Malherbe and Gerard Koek will show their work as a double presentation. Specially for Greylight Projects, Brussels they have made two new installations in which they address concepts like production, location and dialogue. It can be experienced as a sculptural exploration of the art object, as place of gathering and confrontation. Parallelity is crucial in the work of both, as it is being mirrored and commented in various ways.

As a sculptor, Laurent Malherbe takes the materials and the vocabulary  of  construction as  a starting point. Central in his approach is the position of the handyman and the  tragicomic space that is being revealed between construction and breakdown; success or failure. In the built sculptures of Laurent Malherbe, time and again concepts of reality, functionality and autonomy compete with each other.

Gerard Koek points in his work at the inseparable connection between word and image. Words evoke images and images appear to be inseparably attached to the word. His works present themselves as propositions, as décors within a discourse where title and materialization form a conflicting pact. Starting from a overtly sculptural defined approach, verbal elements dictate the process of formulation and construction.