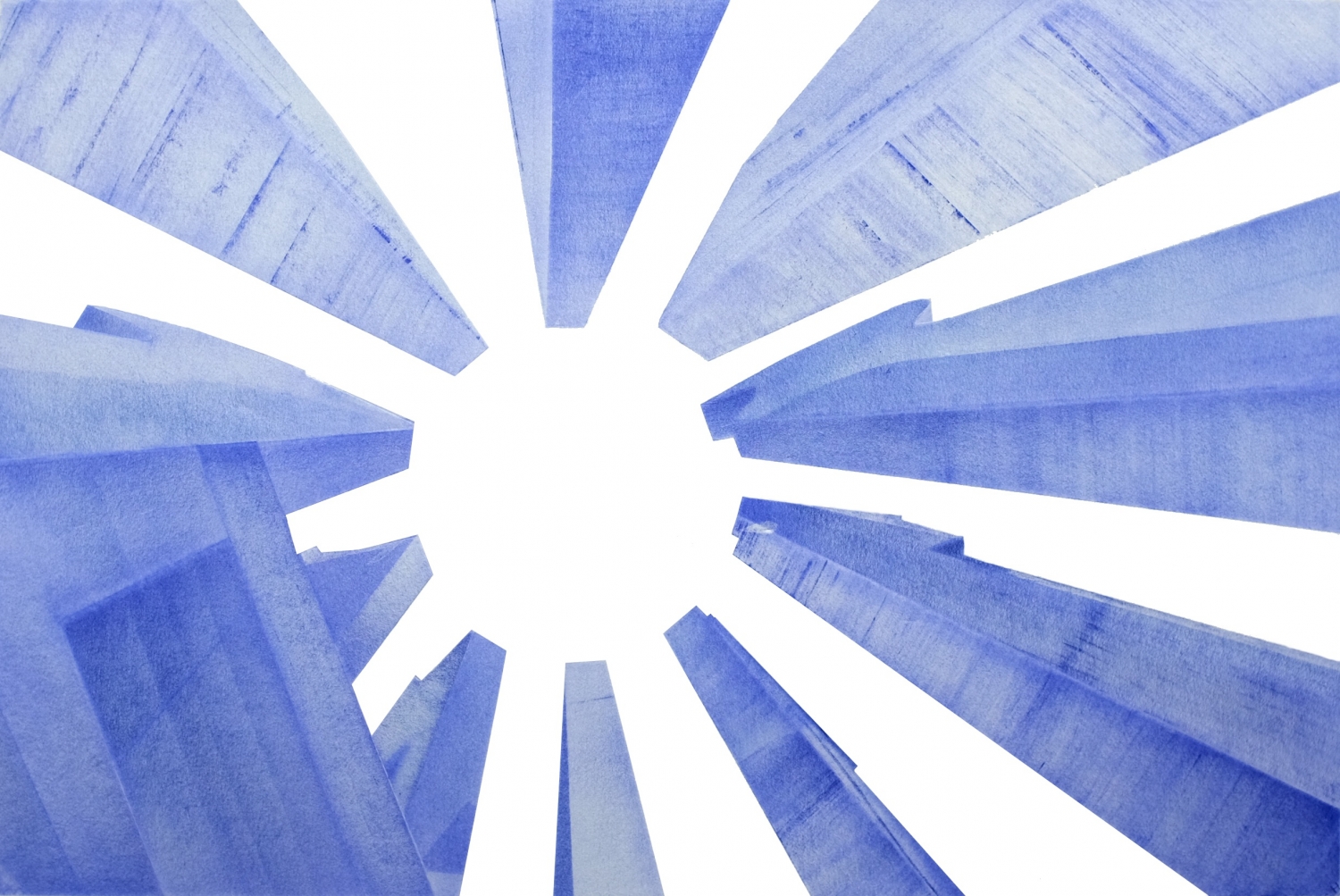 Edith Bories’ work relates essentially to what the surface of things conceals, what only shows itself after its removal. The idea is simple, almost commonplace, but it remains constant throughout the first productions, and more recently in the “Mémoriaux”  (2017). On the web page that presents them, on the original paper photograph, these forms, sometimes organic, often unidentifiable, float in a strange way: they are located between their complete autonomy and their image, reminders of a reality that cannot be portrayed. Besides questioning their origin, their nature, their lines, the dizziness they provoke, the images also waver according to the aspect sought out, between an aesthetic form, a visual texture, or a reality out of which the forms proceed.

With these works, Edith Bories reaches a more differentiated layer of her constant inquiry into memory. Several of the former forms consisted in the scraping of wall, followed by its covering in pastels (Étude pour Pavillon , 2016). Another consisted in an abrasion that brought to light old layers of paint, their dust falling to the floor, collecting traces of an immediate past (Pumiced Wall I, 2009). In the “Mémoriaux”, the artist explores the range of memory from a new point of view, the complex one of institutional duties of commemoration, followed by institutional duties of erasure, both of them occurring in the ebb and flow of historical currents. What effect do these about-faces have on our perception, how do memory and forgetting overlap, cancel each other out mutually or blend in the discrepancy between the mass of matter and the diaphanous marks of the drawings?

These are some of the questions posed by the recent work, and which the artist wishes to pursue. Whilst in the earlier forms memory had the aspects of a game, alternating perception with non-perception, the recent elaboration takes commemoration as a material rather than as a content, in view of exploring, articulating formally, a criticism of the moral injunctions that conflate with the past.