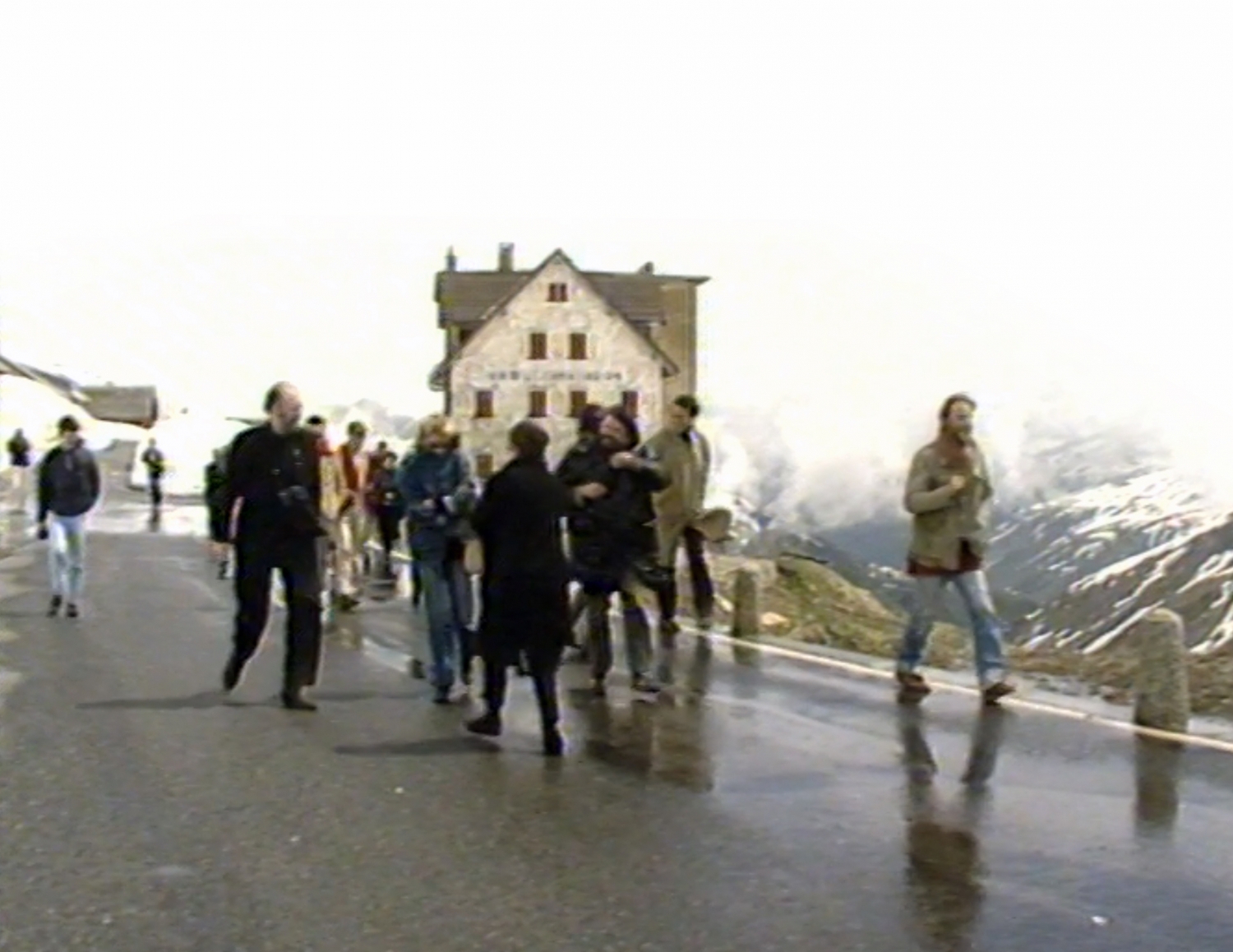 fig.1 - Furkart Ephemera
It all started in the Swiss Alps on June 24, 1983 with the performance of James Lee Byars: “a drop of black perfume”. From the following summer until 1996, Marc Hostettler publisher and gallerist in Neuchâtel, and initiator of Furkart would invite no less than sixty artists to an old hotel: the hotel Furkablick, built in 1903 at the Furka Pass, not far from the Glacier of the Rhône. During the opening of the Pass, in the beautiful season from June to September, this location transforms into a place of production of perennial and ephemeral works, a real artistic laboratory.
The exhibition FurkArt Ephemera brings together the original communication documents edited by Marc Hostettler. The ensemble, exhibited chronologically and accompanied by filmed or written testimonies of artists and protagonists – among them Ulay, Guillaume Bijl, Per Kirkeby, François Morellet, Hamish Fulton, John Armleder, Mark Luyten, Lawrence Weiner, Isi Fiszman, René Zäch, Ria Paquée, Glen Baxter, Jacques Hainard, Luc Deleu, Roman Signer – allows us to discover the achievements of these actors and makes palpable the human dimension of this adventure that profoundly marked a generation of the art world.
curated by: Thomas Rodriguez date: 27.04.2019 - 19.05.2019 opening: Friday 26.04.2019 , 17:00-21:00 opening hours: Thu, Fri, Sat , 14:00-18:00 location: